Calendar for January 2022 and Full Moon January 2022 shows you January 2022 Calendar with with numbers, fun facts about March, history of January, phase of the Moon and all about January you might interest. 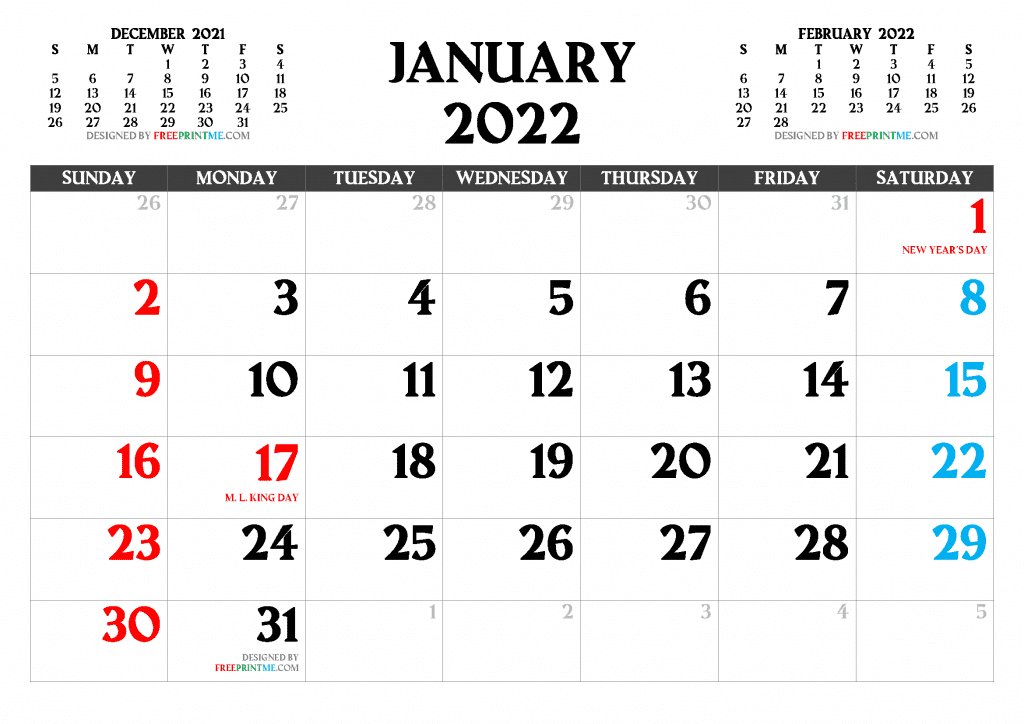 January was named after the Roman god Janus. Janus is also the Roman word for door. The god Janus had two faces which allowed him to look forwards into the coming year and backwards into the past year.

The original Roman calendar only had 10 months. January and February were not included, but were added later.

January in Other Languages