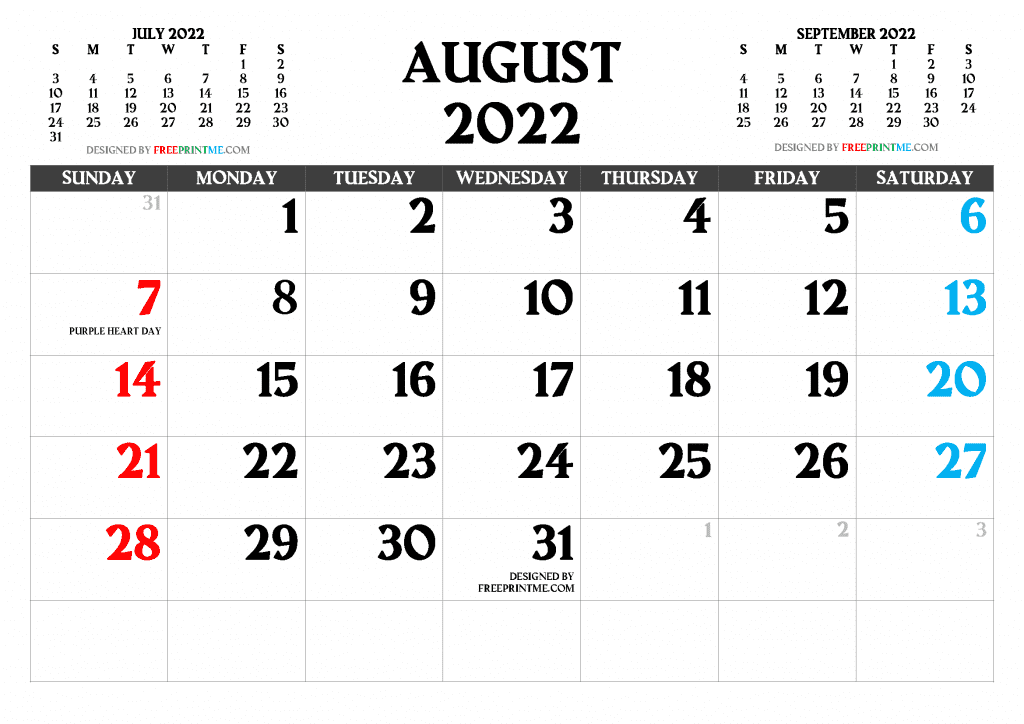 This month have no Federal holidays

In the original Roman calendar the month of August was called Sextilis. This was because it was the sixth month of the year. Later, after January and February were added to the calendar, it became the eighth month of the year. At the time the month had 29 days. When Julius Caesar created the Julian calendar in 45 BC, two days were added giving the month 31 days. The month was later renamed Augustus in honor of the first emperor of Rome, Caesar Augustus.

August in Other Languages