When is Watermelon Season? Watermelon season runs throughout the summer from May to September but the exact range depends on where you live, Keep an eye out at your local farmers market.
You can’t miss these big guys, and there will be plenty at peak season. 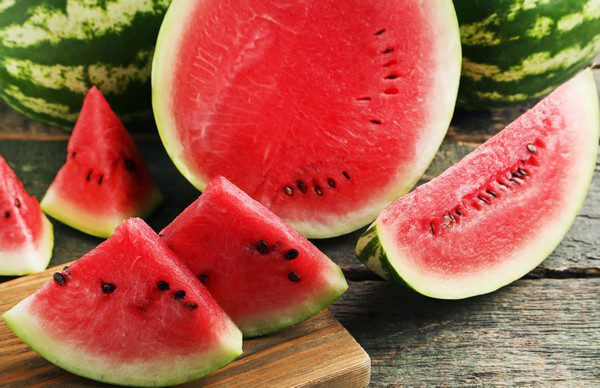 When is Watermelon Season

Watermelon season runs throughout the summer (May to September). The exact months may vary depending on where you live.

How to Buy and Store Watermelon Like a Pro 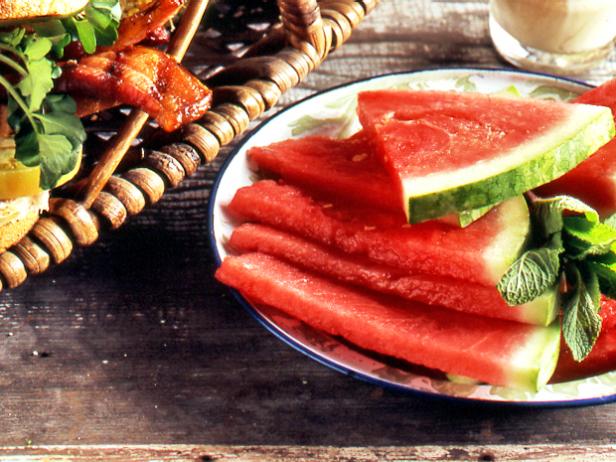 Best when warm
You can find watermelons when it’s not summer. Those typically ship from Mexico and Central America. But the best time to buy is between May and September.
That’s when production kicks in for the four top watermelon-growing states—Florida, Texas, California, and Georgia—which account for two-thirds of the U.S. crop and keep supermarket bins consistently full. In northern areas, the fruit might just now be hitting its peak at your local market.

No seeds, please
Seedless is, hands down, the type most of us buy.

“Close to 90 percent of our growers produce seedless,” Barlow says. But the term “seedless” is a bit misleading. Those small white flecks are actually undeveloped seeds.

With seedless melons, which cost more than the old-fashioned seeded ones, we’re not just paying for the convenience. They’re more difficult to grow.

Melons of all stripes 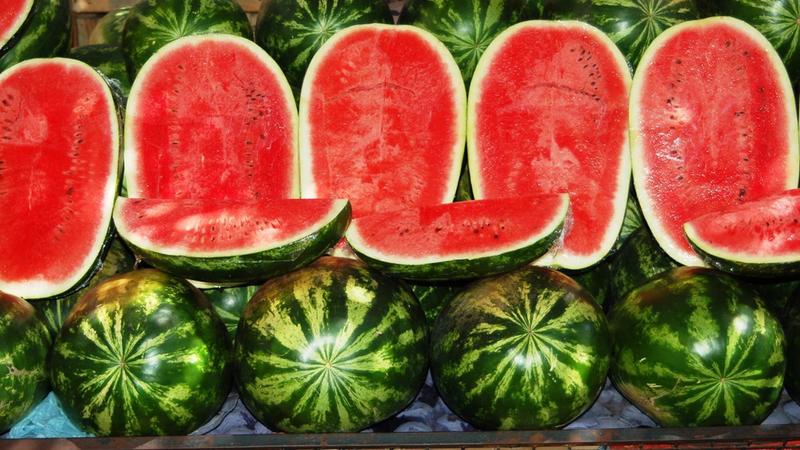 Both seedless and seeded varieties—there are hundreds—range in size, shape, and color. They can be oblong or round as a bowling ball. The rind can be striped, speckled, solid green or yellow. The flesh can vary from orange (rare) to yellow (getting more popular) to various shades of red.

Grocery stores usually differentiate by seeded/seedless and by size: 30-plus pounders are on the large end, an average melon is about 20 pounds, a small one is 10 to 12 pounds, and a mini is around 5 pounds.
via epicurious.com