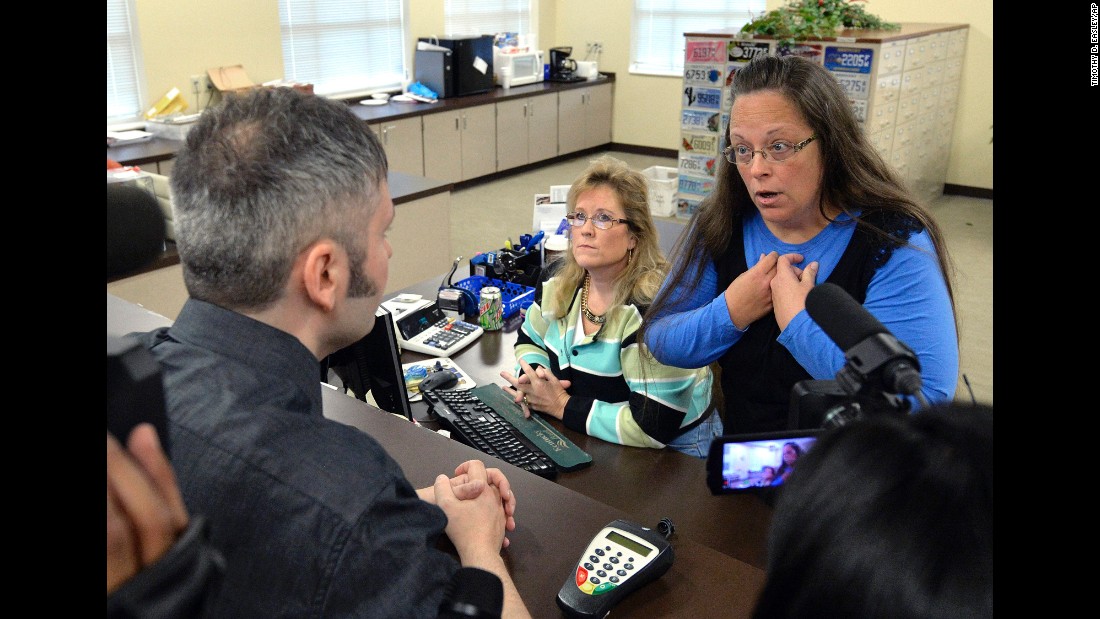 September 2, 2015 – Turkey – Officers in Bodrum, Turkey, stand near the lifeless body of Aylan Kurdi, a Syrian refugee who washed up on shore. The 2-year-old was one of 12 refugees who drowned that day during a failed attempt to sail to the Greek island of Kos. This photo went viral around the world, often with a Turkish hashtag that means “Flotsam of Humanity.” 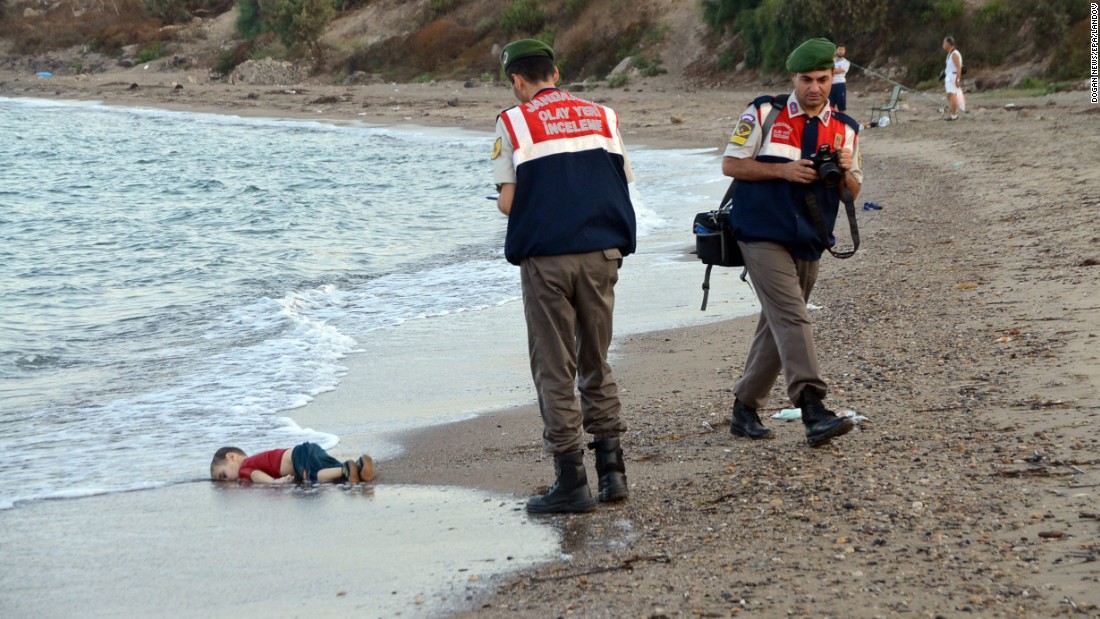 September 6, 2015 – Greenland – The Arctic Sunrise, a Greenpeace ship, is surrounded by drift ice as it travels off the northeast coast of Greenland. 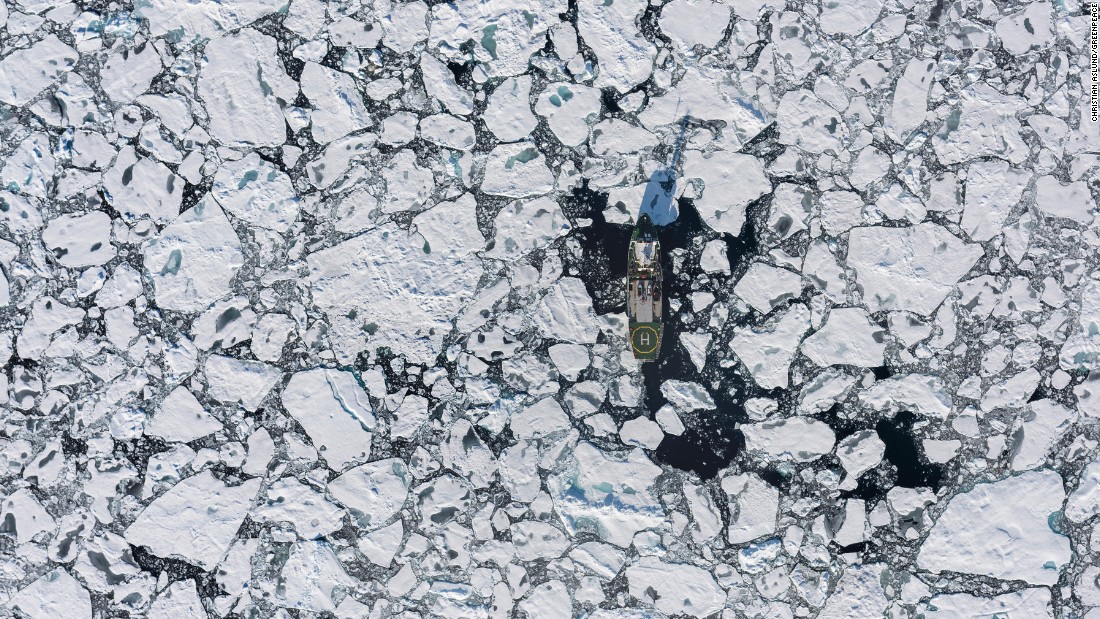 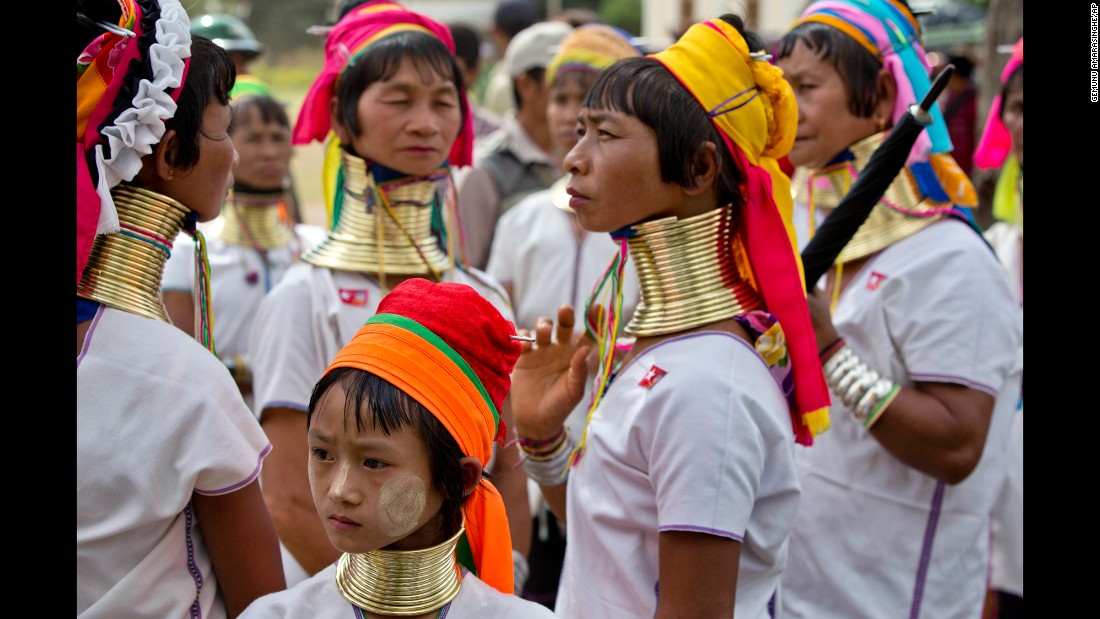 September 17, 2015 – Japan – A fight breaks out between Japanese lawmakers in Tokyo as they prepare to vote over controversial security legislation that would allow Japanese troops to be deployed overseas. 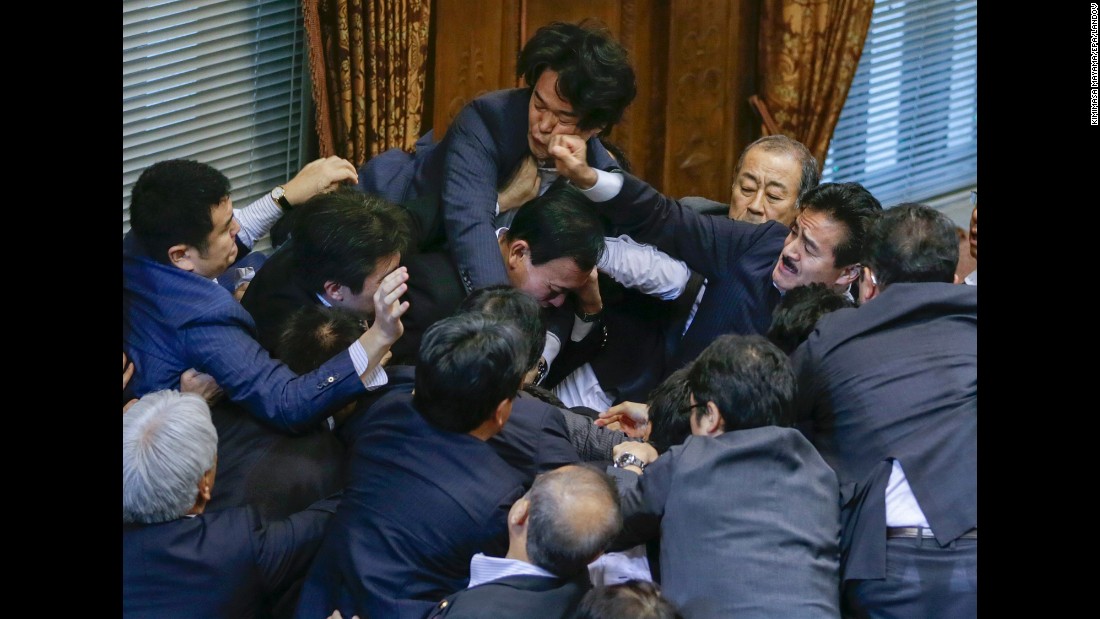 September 24, 2015 – Nepal – Rihana Shekh Dhafali rests in a hospital in Kathmandu, Nepal. She was allegedly set on fire over a dowry demand, according to the human rights organization INSEC. She lost the baby she was carrying at the time. 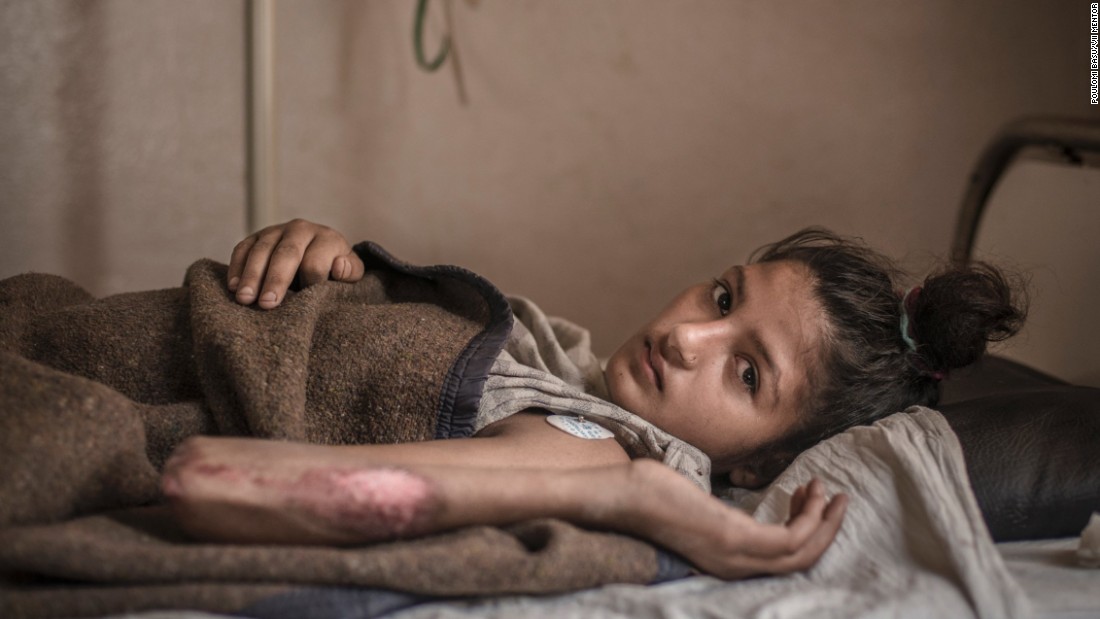 September 24, 2015 – India – A person sits by the road near Sela Pass, a mountain pass in India’s Arunachal Pradesh state. 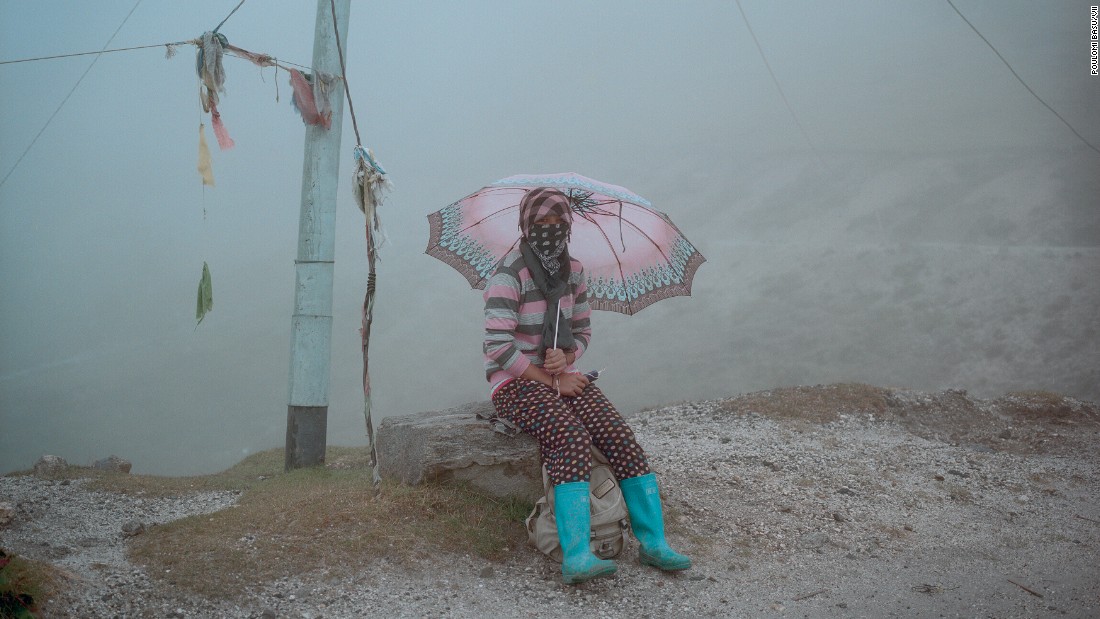 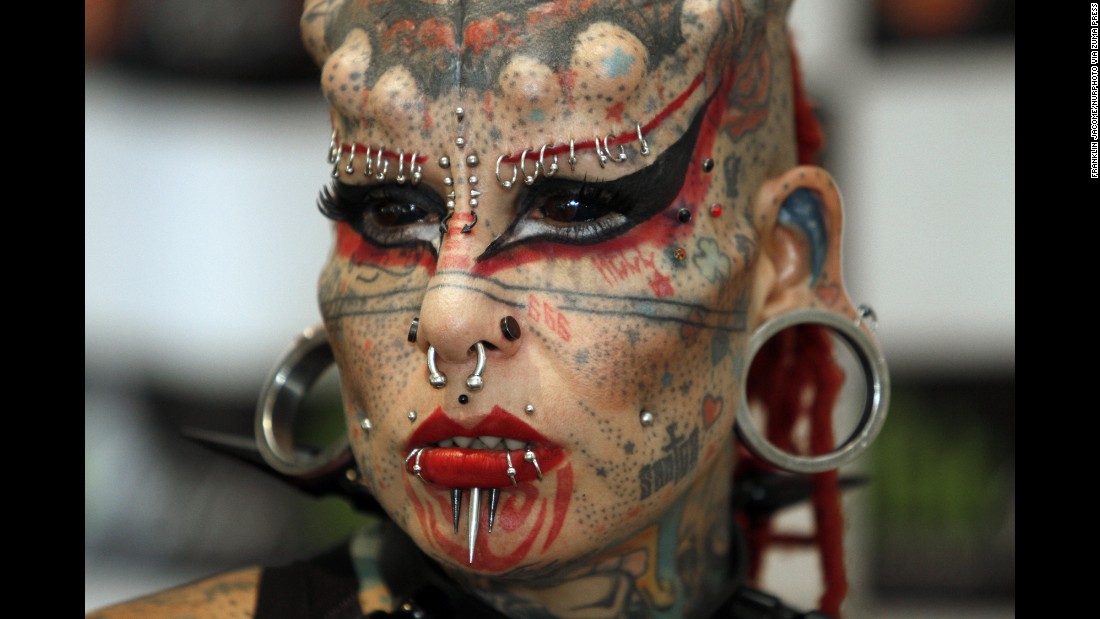 September 28, 2015 – NASA, U.S. – NASA scientists announce that water still flows across the surface of Mars from time to time. In the photo above, dark, narrow streaks called recurring slope lineae are seen on the slopes of the Gami Crater. Scientists have inferred that they were formed by contemporary flowing water. 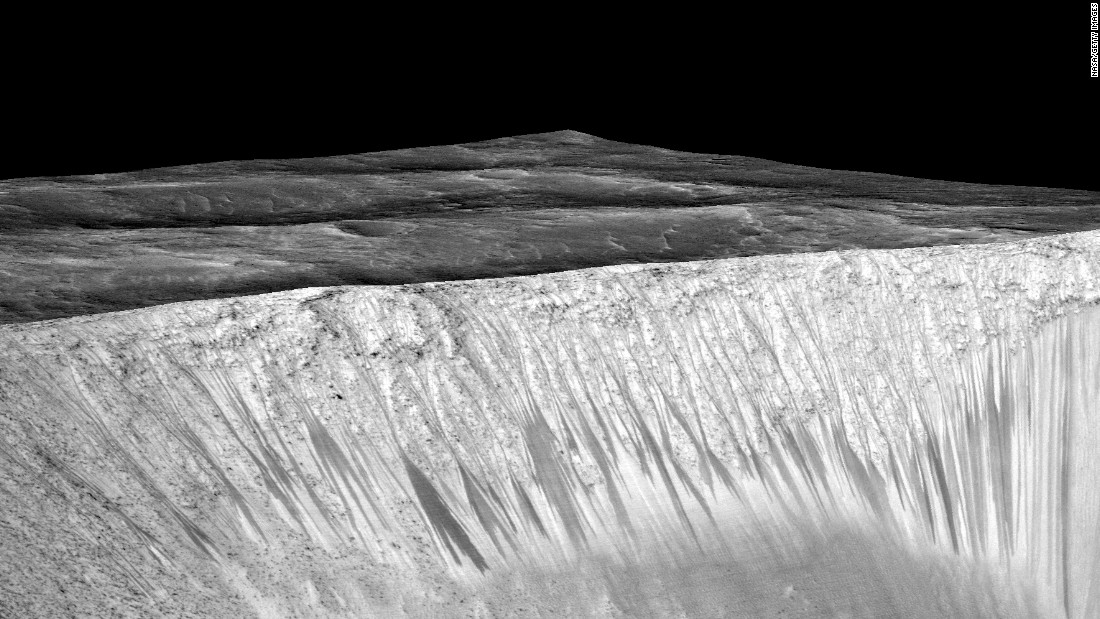 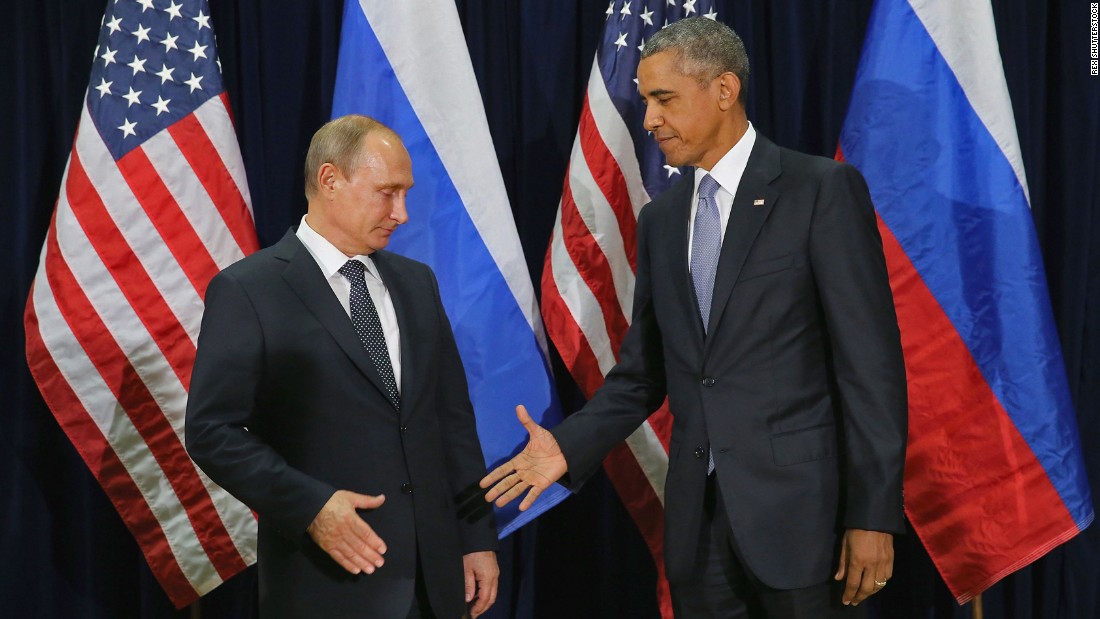 September 28, 2015 – U.S. President Barack Obama reaches out to shake the hand of Russian President Vladimir Putin at a U.N. summit in New York. 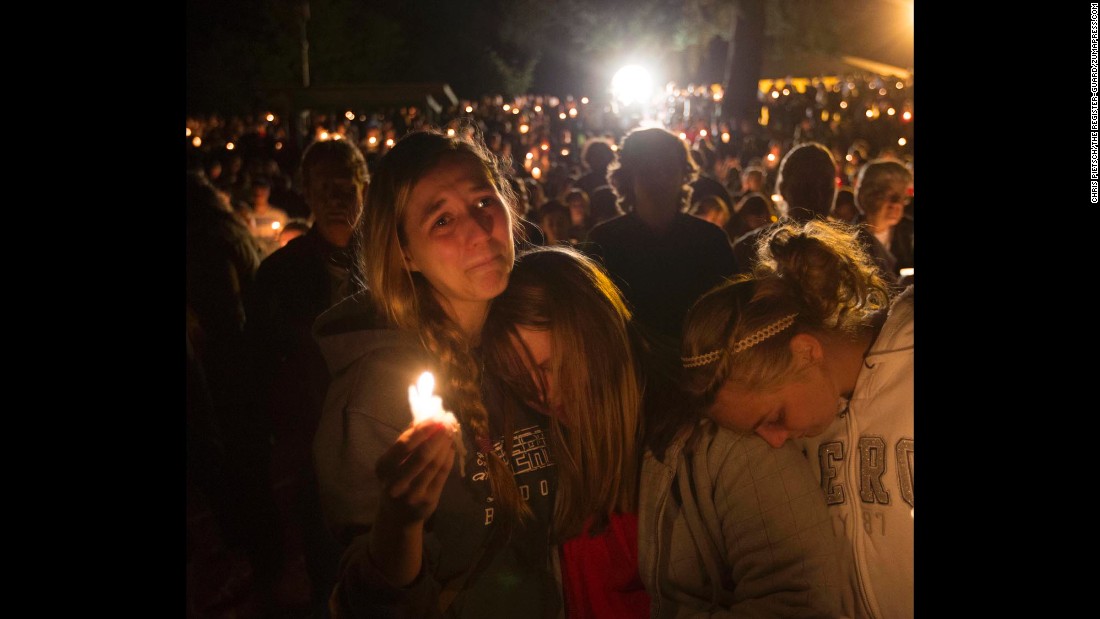 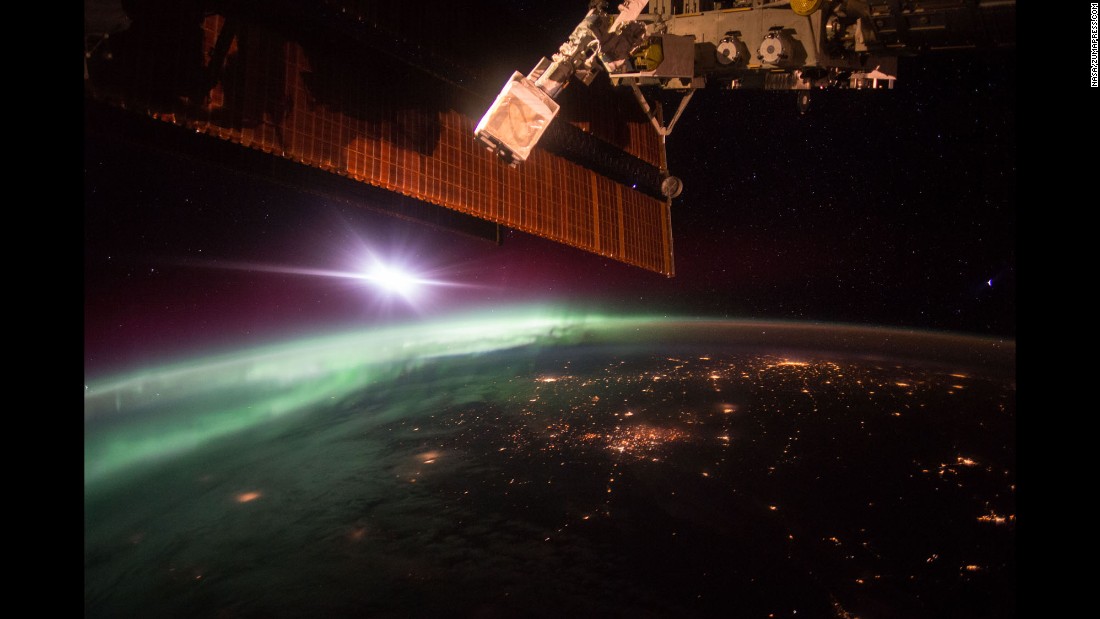 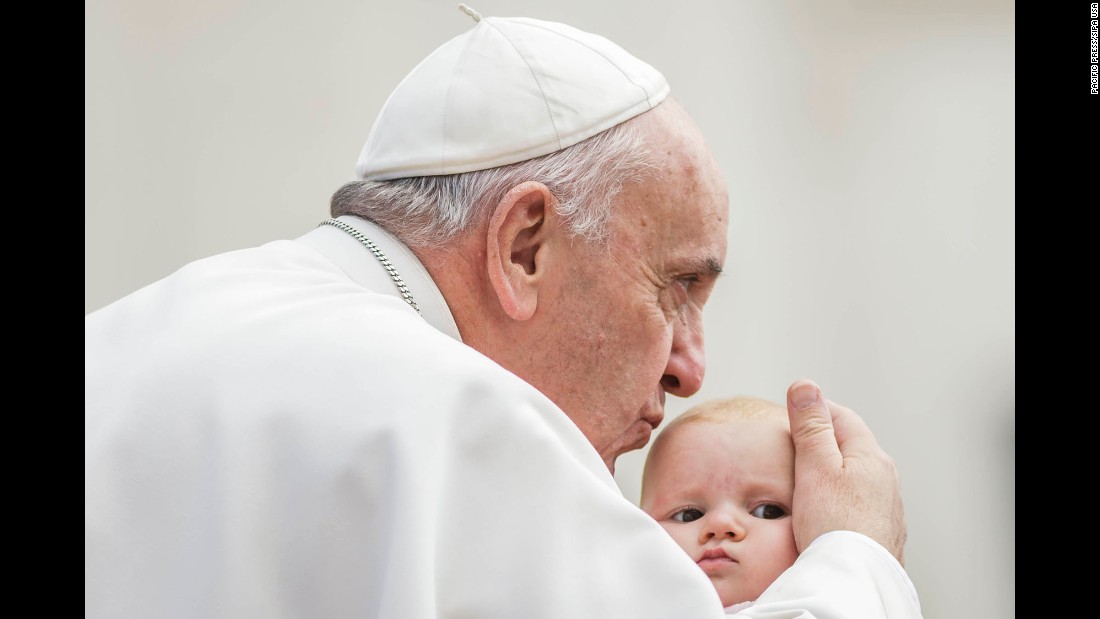 October 8, 2015 – Wales – A low-flying jet zooms through a picturesque valley in Wales, leaving a vapor cloud in its wake. 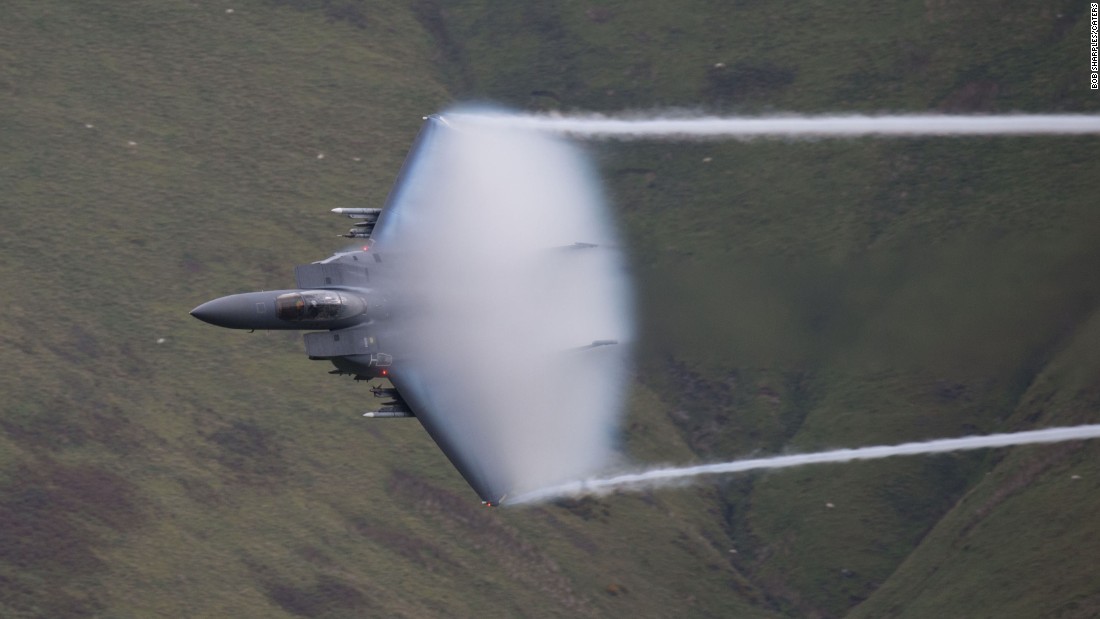 October 8, 2015 – Scotland – People sit in their car as a Barbary macaque rummages through their unlocked luggage compartment in Scotland’s Blair Drummond Safari Park. 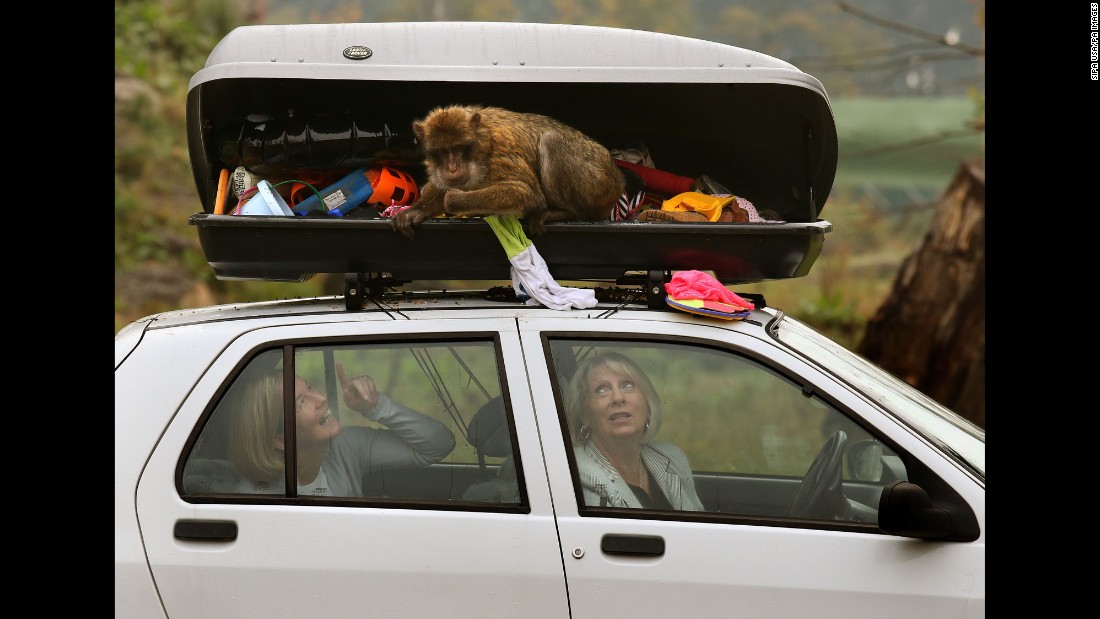 October 17, 2015 – Panama – A man and girl use a banana leaf to cover themselves from the rain as they wade in the sea on the outskirts of Colon, Panama. 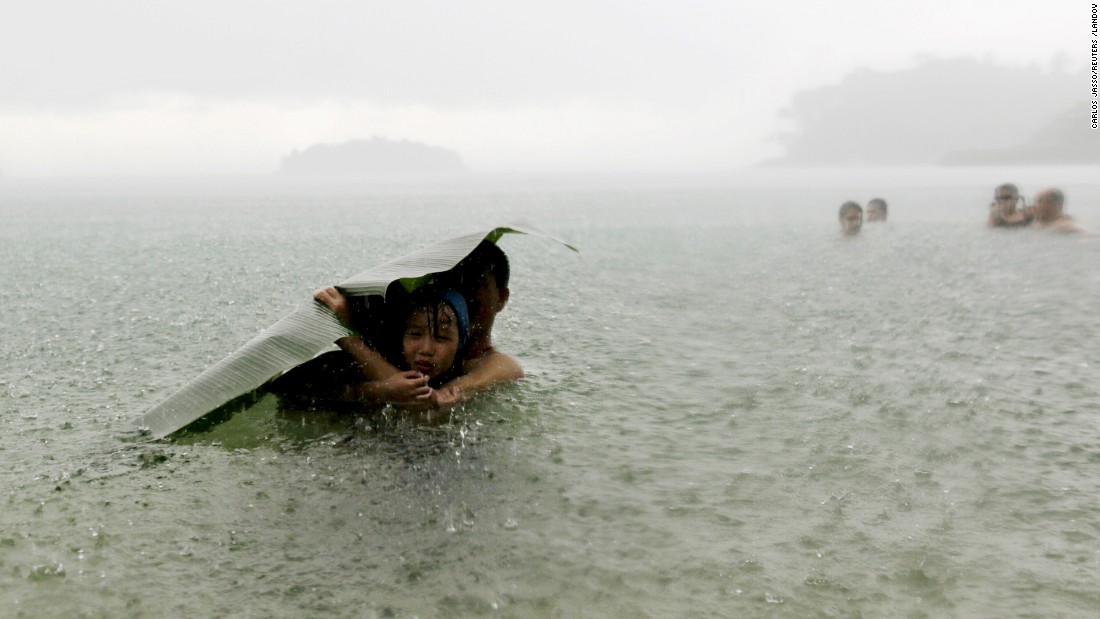 October 19, 2015 – Greece – A young boy is seen through a bus window as refugees and migrants arrive at the port of Pireaus, Greece. 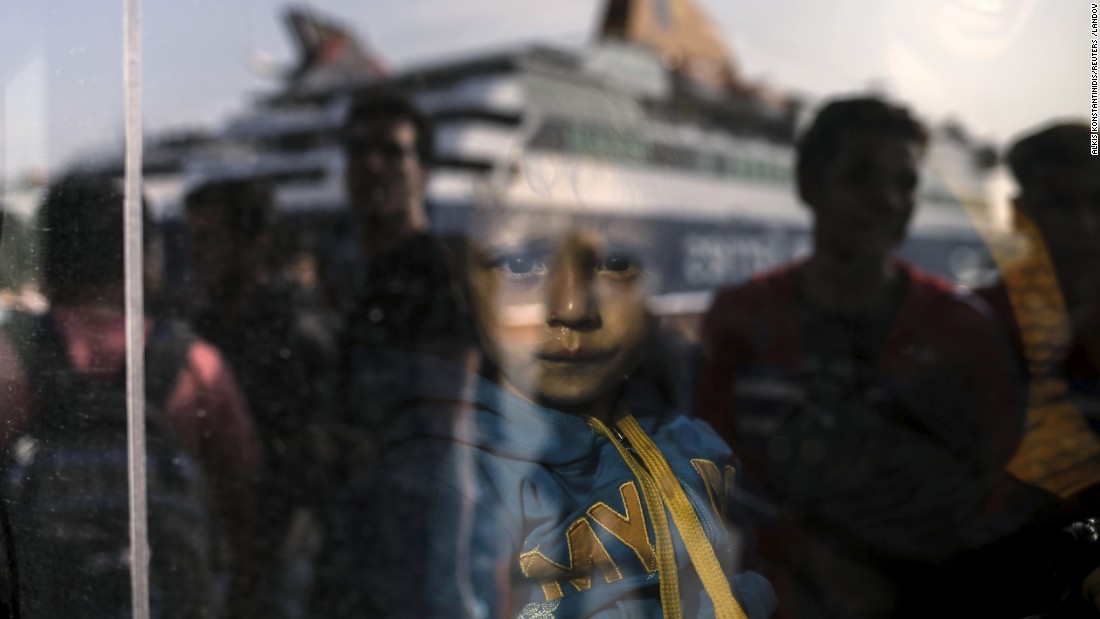 October 20, 2015 – Slovenia – A mounted police officer leads a group of migrants near Dobova, Slovenia. Thousands of migrants flooded into the country from Croatia after Hungary sealed off its border. 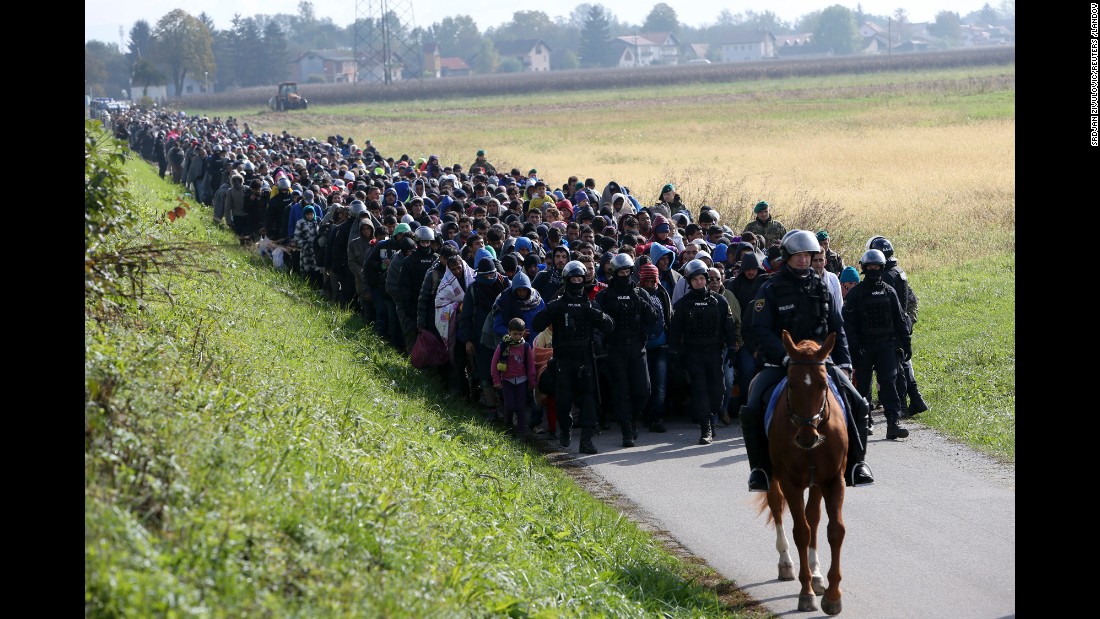 October 20, 2015 – A mounted police officer leads a group of migrants near Dobova, Slovenia.

October 21, 2015 – U.S. – New York City police officers salute as the body of Officer Randolph Holder, 33, is taken away in an ambulance. 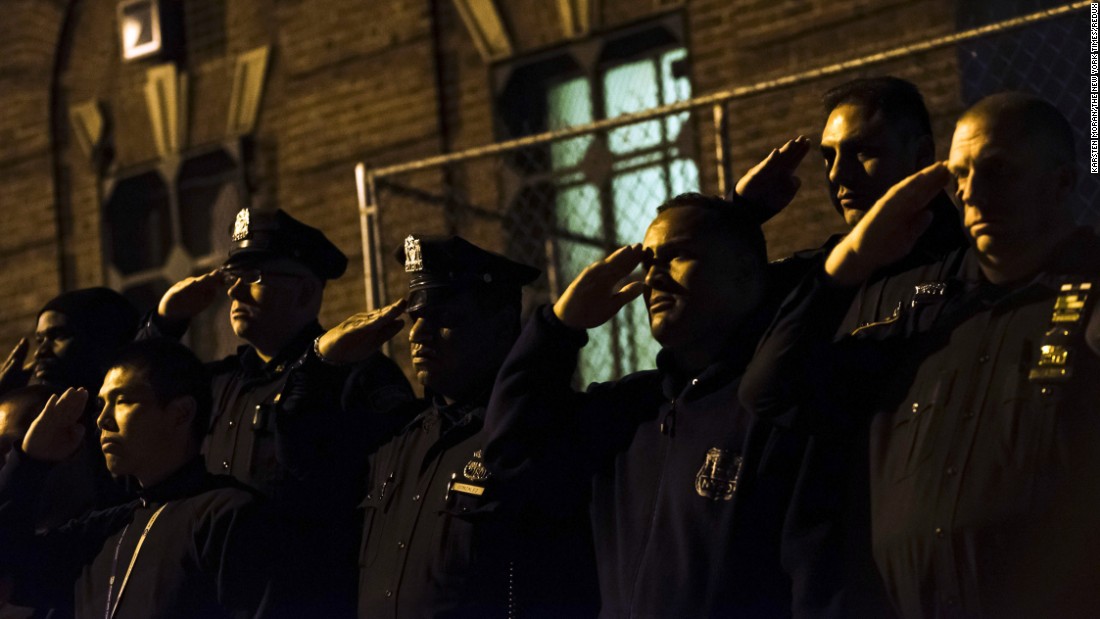